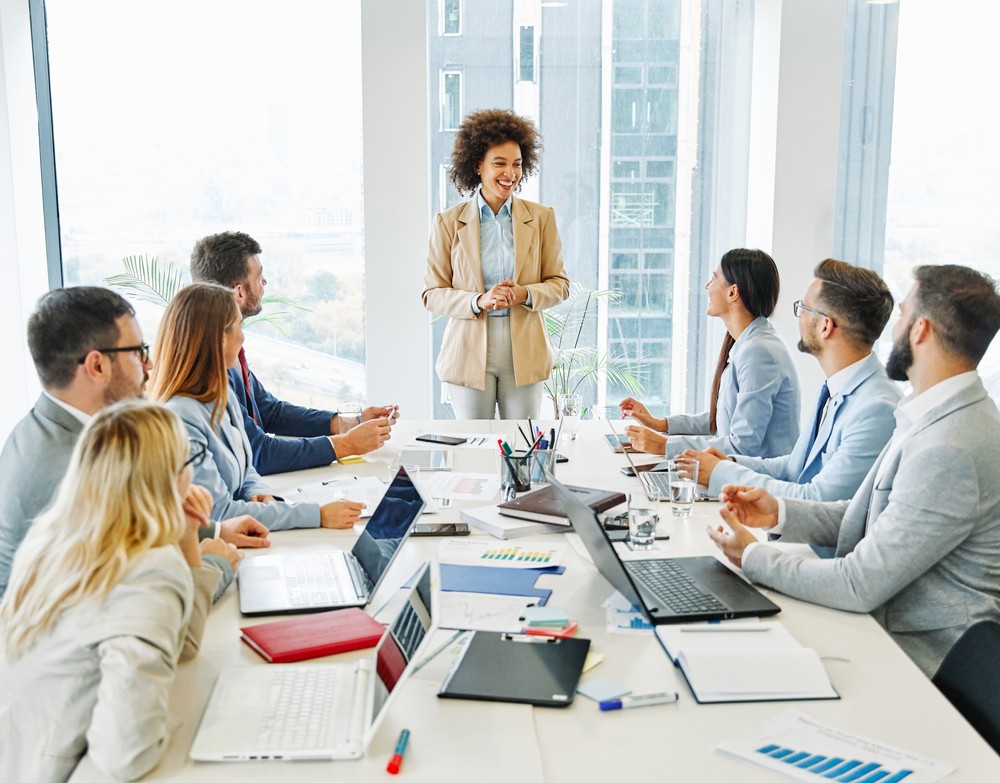 Women account for almost 40% of directors on FTSE 100 boards and 39% on FTSE 250 boards, largely meeting the new Women Leaders Review targets; but there is an ‘appalling’ lack of progress of women into executive roles (senior board positions).

The number of women on FTSE 100 boards has continued to rise this year (40%), but a new report released today highlights deep concerns about the lack of progress of women into key executive roles and suggests the increase has been driven – again – by boards appointing female Non-Executive Directors (NEDs) to comply with targets.

Cranfield University’s Female FTSE Board Report 2022, supported by EY, is critical of the slow progress of women being appointed into significant decision-making roles, such as Chair and CEO - and calls for executive succession planning to be taken more seriously at board level. To help address and tackle that failure the 2022 report includes a special project on how companies can boost female representation in the executive pipeline.

Meanwhile in the FTSE 250, the number of women on boards has increased from 35% to 39% year-on-year, with 110 companies already meeting the 40% target. But despite this improvement, for the third year running only 47 women hold executive directorships in the FTSE 250.

Alison Kay, Managing Partner for Client Service at EY, UK & Ireland, commented: “The research shows that FTSE businesses are increasingly hitting the targets set for female representation. However, they are falling woefully short of the intended outcome - distributing the power and influence necessary to achieve true gender parity. My observation is that companies have exhausted all the so-called ‘low hanging fruit’ and now it is time for tough decisions to push further into root and branch reform.

“Companies must now dig much deeper and go beyond complying with board level targets to transform their business and boost its performance. It is time that we now turn our primary attention to addressing, in an urgent way, the alarming lack of progress in gender proofing executive succession planning.”

Professor Sue Vinnicombe, Professor of Women and Leadership at Cranfield School of Management and lead author of the report, said: “We have come a long way since I started this report in 1999, but just having women in NED roles is not sufficient to have an impact on the executive pipeline.

“The lack of progress in terms of seeing women in these key executive roles is frankly appalling. For real change to happen, women simply must be in the significant decision-making roles of CEO and Chair.”

Executive succession planning is THE key

Evidence from Cranfield’s special project, conducted as part of the 2022 report, suggests the leadership provided by the Chair and the CEO is critical to developing a diverse executive pipeline.

Executive Doctoral Researcher at Cranfield School of Management, Michelle Tessaro, who conducted the analysis, commented: “In such competitive labour markets, it’s surprising that many companies continue to ignore 50% of the talent pool. Succession planning is often left to the CEO, but there must be more Chair, and indeed Board, accountability for delivering on diversity objectives. The Board must ensure the talent pipeline is developed so women are not ‘pushed out’ or ‘opt out’ of important career development opportunities.”

Recommendations include greater guidance for Nominations Committees – making their role in improving gender diversity more explicit; and for CEOs to recognise they have ultimate control and capability to disrupt the current hiatus.

Alison Kay concludes: “Whilst over 50% of the UK population is female, there is a significant absence of women from our top board roles at a time when diverse leadership is needed more than ever, to help navigate businesses through deep geopolitical and market uncertainty.

“This marks an opportunity for FTSE companies to take action beyond compliance and make meaningful changes that will help to transform their business for the better - now and in the future.”

Just 43% of employees are happy with their work-life balance and 30% are planning a career change.

Technology investments have not improved collaboration at work

Nearly half of workers are using new technology for workplace collaboration, but only 1 in 3 have found it helpful.

Three quarters of business leaders do not believe their peers’ ESG reporting, according to a new study, showing that a lack of industry trust and verifiable data is driving scepticism.

Digital transformation has reached a turning point. Businesses have now added so many new applications and need so much data consistently available, that accessing sufficient capacity in data centers is becoming a challenge.

Artificial intelligence monitors the "Green Hell" with the help of around 100 cameras.

Immersive CX is the new way to win and keep customers