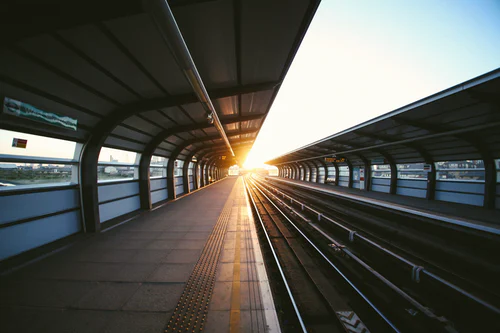 The 100 users’ partnership will include major projects at Victoria and Cambridge, after completing a successful trial period on a cable recovery scheme in Paddington in March 2022, where the software is now live.

The Cambridge programme is the biggest single contract awarded by Network Rail in CP6 and will deliver the complete renewal of the signalling system for the Cambridge area to replace existing equipment installed in the 1980s.

eviFile is working with Alstom to create a library of signalling which will be used across 20-25 projects within the programme. Upon completion, the project will have replaced nearly 700 signalling assets across the area.

“Our supervisors spend around 80% of the week updating paper reports and complex spreadsheets, but, so far with eviFile, we have seen a 30% daily reduction in time taken up by administrative tasks – completely changing the way supervisors work. And we expect this to increase to 50%-60% in the future.” commented Karl Fulcher, country (UK) installation manager at Alstom.

“Historically we’ve struggled to make the move to a digital system, but the penny is starting to drop. The clear benefit of being able to track and audit works easily from anywhere, on one central system with digital photo-based evidence, shows the guys on the ground that it’s time to remove traditional processes and digitise. There is no limit to what we can do with eviFile.”

Luke Allen, managing director of eviFile, added: “The key for Alstom was the user experience and ensuring this is as easy and seamless as possible. It’s no secret in the rail industry that digitisation has been slow and some attitudes towards technology are hard to change. Many felt the system wasn’t broken, so they didn’t need to fix it.”

“But eviFile was able to aid buy-in by creating a simple system specifically catered to this project, that everyone could pick up and start using from the get-go with an easy-to-use mobile application, with basic training. We’re looking forward to going live on the Cambridge Programme imminently.”

Alstom has taken a simple approach to its digitisation programme with eviFile – which was the clear choice among competitors. This has helped adoption of the software, whilst saving huge amounts of time and effort, which was previously wasted due to missing data, inefficient processes, lack of transparency, and siloed data sets.

It is expected that once all projects are live, eviFile will be used by all Alstom engineers and contractors nationwide.

67 percent of enterprises are under “incredible pressure” to accelerate digital transformation, but 60 percent say change management programs are “no longer fit for purpose”.