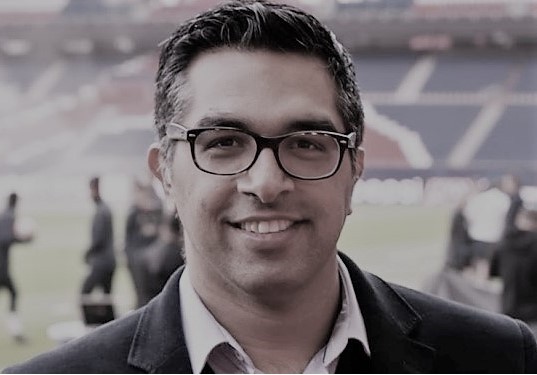 The problems posed by climate change simply cannot be overlooked any longer, with carbon dioxide emissions being the biggest cause for rising temperatures around the world. The UK has been particularly vocal in raising the alarm, and will use the UN’s 2021 COP26 climate change conference, hosted in Glasgow, to urge economies to drive towards net-zero emissions by 2030, in line with the Paris Agreement and the UN’s own Framework Convention on Climate Change.

It’s not just governments who have been taking responsibility over climate change – businesses have been looking to change their behaviour as well. In particular, many have been coming to terms with the environmental impact their everyday IT activities are having.

For example, a single Google search uses the same amount of electricity as it takes to run a lightbulb for 17 seconds. The five billion views of music video Despacito by 2018, meanwhile, meant that it had driven the consumption of the typical amount of energy used by 40,000 US homes a year. When you have billions of people running Google searches or watching YouTube videos every day, it’s easy to understand how big our carbon footprint could become.

All of this activity is really adding up: Greenpeace has warned data centres consume almost 7% of the world’s electricity as part of its ‘Click Clean’ campaign. But exactly how can businesses start to move in the right direction and cut down on these alarming figures?

In very simple terms, if businesses switch their IT systems from on-premise to cloud computing, it’s the equivalent of joining a car pool or using public transport, rather than using their own vehicles. Having your own servers on-premise requires hardware, facilities equipped with power supplies and cooling units to avoid overheating.

If they can join a “car pool” with big cloud service providers like Amazon, Microsoft and Google, businesses will be in line to reduce costs and operate more efficiently, with cloud-native applications consuming less infrastructure, physical space, and energy per user. Businesses will also be better-equipped to support remote workers, further reducing carbon emissions involved in creating and maintaining large office spaces. Of course the cloud provider will still be using data centers, but the big players are all harnessing their resources to work towards carbon-neutrality.

Big tech is leading the charge

The tech giants are all hard at work reimagining their infrastructure to lead the fight against climate change. Analyst house Bloomberg NEF says the technology sector is signing a growing number of clean energy deals, driven on by sustainability commitments and pressure from investors and governments.

Google is being particularly vocal about the progress it has made, claiming to be the first organisation of its size to operate with 100% renewable energy. Google's data centers run on wind farms and solar panels, and AI/ML are used to adjust cooling technologies to ensure servers are protected, but also that energy is not wasted.

Microsoft, meanwhile, has set itself the target of becoming a carbon negative organisation by 2030. Twenty years further down the line, it wants to remove more carbon from the environment than it has emitted in total since being established in 1975. As well as favouring renewable energy sources, Microsoft is also investing in carbon reduction and removal technologies, as well as leading the experimentation of how data centers could be operated under water, keeping them cool without draining electricity.

Amazon has also pledged to reach net-zero carbon across its entire businesses by 2040. AWS’ data centers in Virginia account for almost three quarters of the world's internet traffic, meaning Amazon achieving net neutrality could have a massive impact on the planet.

The EU wants data centers across the continent to be carbon neutral by 2030, and if we invest in the right areas, new innovations and technologies could achieve this goal. If the world runs cloud computing in a greener manner, businesses can also benefit from reduced costs, greater efficiency, enhanced reputations and future-proofed operations.

All of this means moving to green data centres should be a no-brainer for cloud service providers. We need to adopt renewable energy sources, use energy-efficient hardware and software, power facilities with clean energy and use energy-efficient lighting. IT decision-makers everywhere have a responsibility to check their suppliers are taking these kinds of steps, and set up KPIs that drive them to further reduce their emissions. Just because a business no longer has physical servers and data centers, it can’t take an ‘out of sight, out of mind’ approach: when using cloud, all of us should take responsibility to ensure our carbon footprint is as small as possible.

Sustainability efforts for Data Centre Operators – what next?

Data centre evolution in 2023: Efficiency is the name of the game

Four cloud trends that may surprise you

By Jake Madders, co-founder and director of Hyve Managed Hosting.

By Markus Nispel, CTO of EMEA at Extreme Networks.

What is Cloud Concentration? Why are banks worried about it? Is Cloud Portability the Answer?

3 Steps to Build a Cloud Business Case That Gets Funded