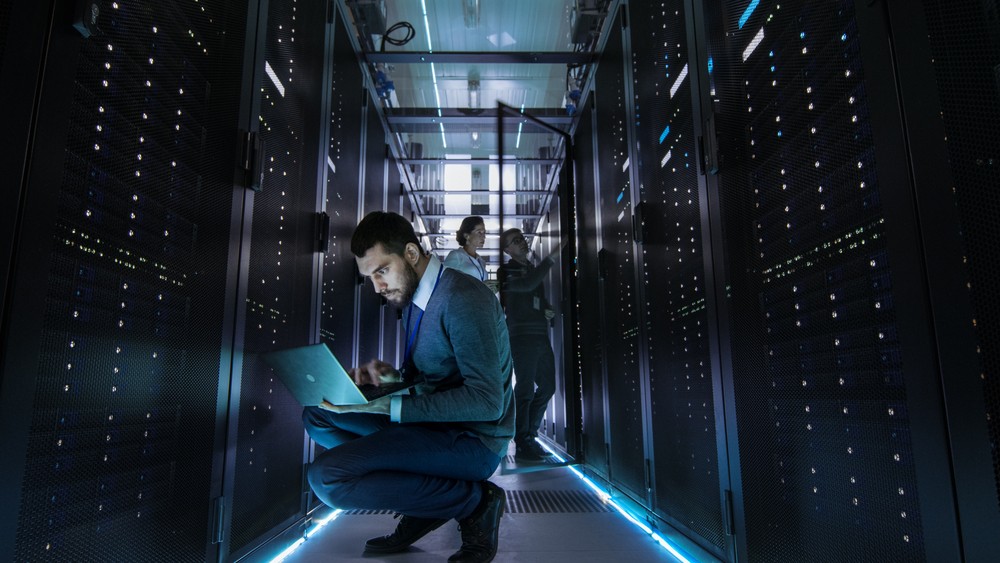 In 2020, we are used to the idea that physical goods imports include a degree of embodied carbon, which varies depending on how and where they were made.

Say you were importing a tonne of steel, for example. If you imported it from China, that production would be associated with 2,148 kg of CO2 on 2010 figures, versus just 1,708 kg for the same material from Germany. And that’s just production – let alone shipping emissions.

So, if a country imported most of its steel from China rather than Germany, for example, it would bear some indirect responsibility for the higher emissions – even though they weren’t created within the country’s own borders. It’s such a thorny problem that the EU is considering a carbon border tax to level the playing field.

But while we can easily conceptualise that carbon when it comes to tangible things like steel, meat or cars, what about when those imports are a little more intangible? What might be the hidden carbon imports that we’re not even thinking about?

Do you think about carbon emissions when you boot up Netflix? What about scientists using sophisticated programmes to aid lifesaving drug research – is carbon on their minds? And traders when they play the markets? Even the researchers putting together the hyper-sophisticated models forecasting the effects of climate change will be contributing to the problem even as they do so.

The thing these activities hold in common is their reliance on high performance computing (HPC). HPC is at the heart of our data-rich, computer-driven and connected modern societies. You could say HPC makes the world go round, and demand is only growing.

As home to some of the most advanced economies in the world, Europe accounts for roughly 30% of global HPC demand – yet it only produces about 5% of capacity. So, where is the extra capacity coming from? Mostly from the US and China.

The internet means that a researcher in Sweden can quite easily be running her models using a HPC centre in China without even knowing it. It may not be arriving in Rotterdam or Antwerp packed up in a shipping container, but that’s an import, and it has a carbon cost.

We can dream of a future where that doesn’t matter, because the world has abundant, 100% renewable electricity supplies. Today though, it certainly does matter. In 2017, the average EU 27 carbon intensity of electricity generation was 295.7 gCO2/kWh, while top performer Sweden managed just 9.3 gCO2/kWh owing to its abundant renewable resources.

By contrast, China’s emissions intensity was 623.6 gCO2/kWh the same year – more than double the EU average and more than 67 times Sweden’s. The US fared better, with 439 gCO2/kWh, but still lagged behind the EU considerably.

Though renewables are gaining ground around the world, that gap doesn’t look like it will disappear any time soon. In fact, with its commitment to the Green Deal that will make Europe climate neutral by 2050, the EU has shown that it doesn’t intend to let others catch up on its climate leadership position.

So, by relying on other places to make up the HPC shortfall, Europe is in effect importing extra emissions versus a scenario where it supplies its own capacity.

It doesn’t take HPC to calculate what a better alternative might be: more homegrown European HPC, powered by renewable energy wherever possible. That’s precisely what we provide at Synthesis Analytics with our EDGE 1 and EDGE 2 HPC solutions, manufactured at our facility in Sweden. What’s more, we go a step further on low-carbon HPC by using the waste heat generated by the units to feed into district heating networks – zero-carbon heat that displaces fossil-fuel generation.

Europe has proved itself as a true climate leader, and the proposed carbon border tax shows that policymakers are thinking of European carbon footprints abroad, as well at home. Let’s apply the same rigour and leadership for the hidden imports of the modern economy, too.

The future of sustainable HPC

It is an unavoidable fact, high performance computing (HPC) is an energy intensive environment. But, what steps can we take to address this and achieve a more sustainable future for HPC in universities, research centres and other organisations? By Mischa van Kesteren, pre-sales engineer and sustainability officer at OCF.

We live in a world that is increasingly driven by technology. As we continue to increase the number and variety of technical software, hardware and appliances in our everyday lives as well as our work lives, the need for HPC to maintain those technologies will inevitably increase. By Neville Louzado, Head of Sales at Hyve Managed Hosting.

AI has begun to change many facets of our lives, creating tremendous societal advancements. From self-driving automobiles to AI-assisted medical diagnosis, we are at the beginning of a truly transformative era. By Greg Martin, Director, Strategic Marketing, Xilinx, Inc.

How Manufacturers can benefit from Edge Computing

The manufacturing industry is producing more data than ever before as sensors become readily available and manufacturers look to squeeze ROI out of existing machinery while modernising their operations for the digital future. By Daniel Valle, Chief Technologist - Service Providers EMEA at World Wide Technology.

The internet has become a fundamental part of so many businesses around the world. A large percentage of the populous may use it to keep in touch with friends or to stay informed on current affairs, but it is the backbone of the economy in many ways. For this reason, you can imagine that website downtime can have a serious impact on these companies - the trade we have to make when becoming so reliant on servers. By Jack Bird, Senior Content and Off Page SEO Specialist.