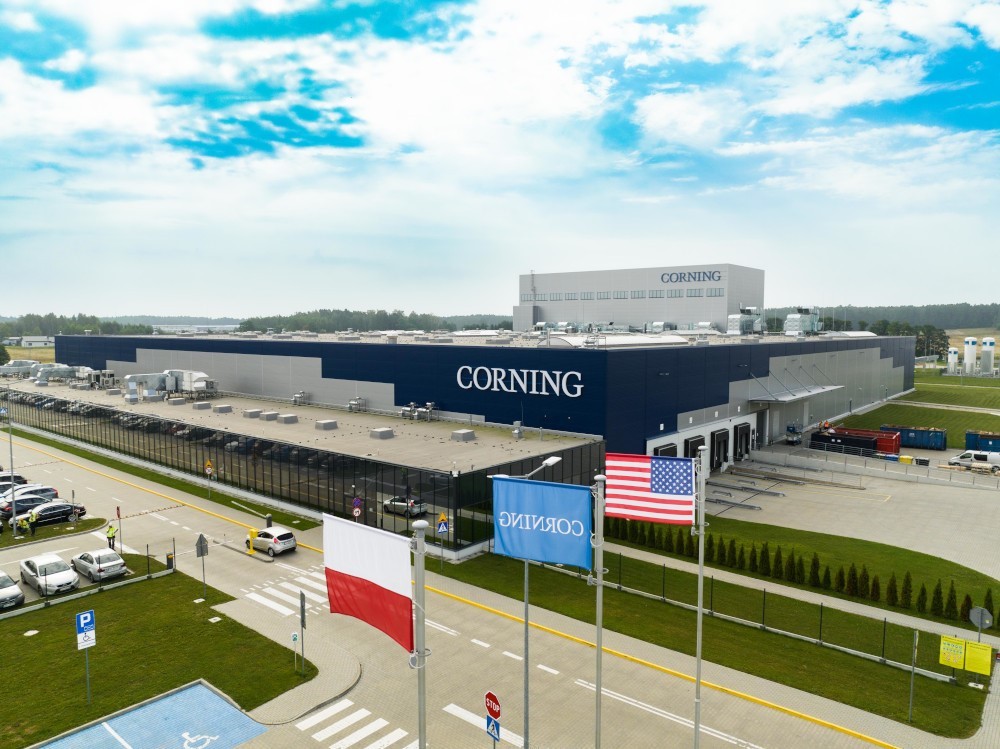 The facility is one of the largest in the European Union; part of Corning’s globally focused investment in fibre and cable manufacturing.

The facility, one of the largest optical fibre plants in the European Union, is Corning’s latest in a series of global investments in fibre and cable manufacturing totalling more than $500 million since 2020, supported by growing demand and strong customer commitments.

Network operators in Europe are investing in broadband expansion to bring high-speed connections to more people in more communities. These initiatives, along with investments in 5G and cloud data centres, signal the early stages of a large, multi-year wave of growth for networks built on fibre, with virtually unlimited bandwidth. Corning, as the inventor of low-loss optical fibre and as the world leader in passive optical communications, is uniquely positioned to support these network builds.

The new facility adds approximately 250 employees to the company’s workforce of more than 3,000 in Poland and builds on Corning’s successful 20-year history of manufacturing in the region. It provides Corning with advantaged access to talent through the skilled workforce and technical training available in the greater Warsaw area. Corning manufactures optical cable and connectivity components at its campus in Strykow.

"We congratulate Corning on the opening of this advanced manufacturing facility for the fibre that forms the backbone of the Internet," said Józef Kurek, mayor of Mszczonów. "High-speed connections will come to more people and more communities in Europe thanks to the fibre that Corning will make here in Mszczonów. We are pleased that Corning turned again to this region's talented workforce to bring its innovations to life."

“Corning is expanding its fibre manufacturing operations in Europe, as our customers accelerate investments in future-ready networks,” said Corning Chairman and Chief Executive Officer Wendell P. Weeks. “From broadband to 5G to cloud computing, tomorrow’s networks all depend on optical fibre. This facility will ensure we can continue to efficiently serve our customers in Europe and beyond, during a time of record demand. We appreciate the support of state and local officials, and the dedication of our skilled workforce.”

Nokia SR Linux-based solution will enable DCspine to expand its interconnection and cloud services, and enhance network operations through automation for faster service delivery to its European customers.