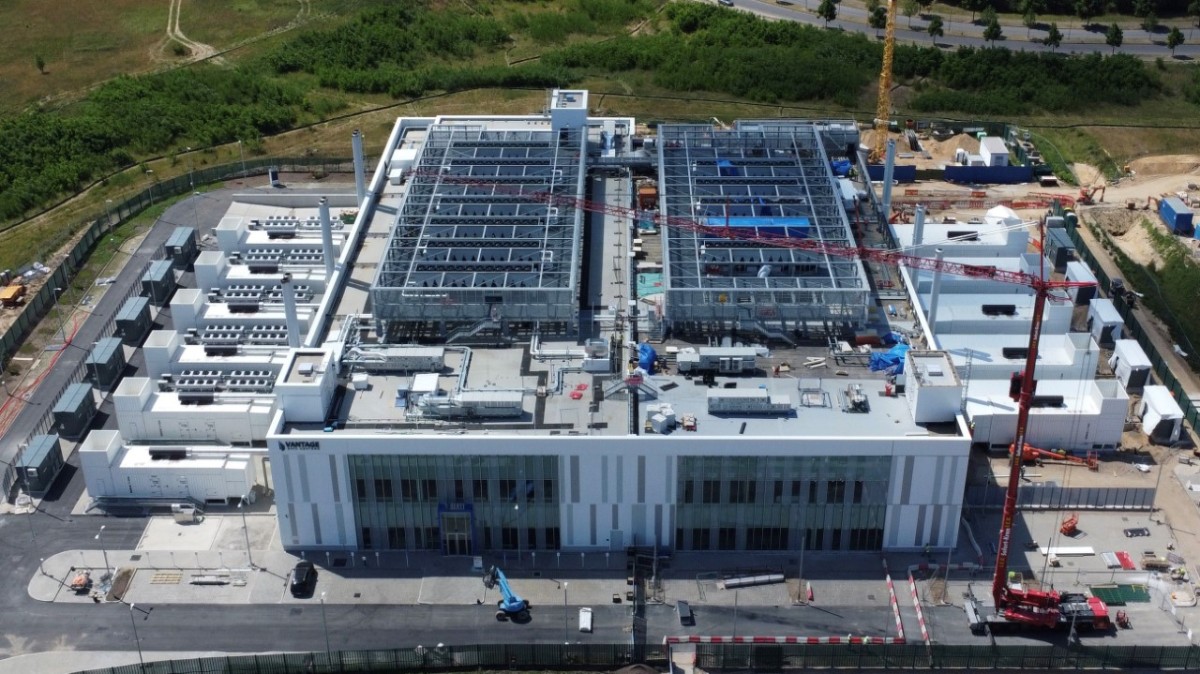 Vantage Data Centers has announced that two greenfield campuses in Berlin and Warsaw are now operational. The opening of a Warsaw campus marks the company’s first facility in Poland, while the development in Berlin marks the company’s second campus in Germany. The new sites are part of Vantage’s US$2B European expansion to offer hyperscalers and cloud providers best-in-class data center campuses in two sought after markets. Among Vantage’s portfolio of nine campuses in EMEA, five of them are now operational (Berlin I, Warsaw, Frankfurt I, Zurich and Cardiff).

Vantage has completed the first data center on its 13-acre (five-hectare) two-building campus, located near the new Berlin Brandenburg Airport. Once fully developed, the campus will feature 32MW across 250,000 square feet (24,000 square meters) and be home to some of the world’s leading technology companies.

In addition to its well-connected location and scalable expansion capabilities, the campus stands out for its sustainable construction offering customers hyper-efficient cooling through outside air economization using minimal water. The campus’ non-critical areas, such as office space, will be partially powered by solar energy while waste heat will be repurposed and made available to the local community.

“Data centers are the backbone of our digitalized world and therefore also an important part of the success of the industries based in Ludwigsfelde,” explained Andreas Igel, mayor of Ludwigsfelde. “As a technology location, we are delighted that Vantage has chosen our city in the metropolitan area of Berlin for its new campus, and we extend a warm welcome to them.”

Berlin is the second-largest German data center market, behind Frankfurt. Vantage recently announced its second Frankfurt campus, located in Raunheim, which will open this fall. When fully developed, both Frankfurt campuses will offer customers a combined 95MW of IT capacity in the Frankfurt region.

Vantage has also completed the first facility on its 12-acre (five-hectare) Warsaw campus. Once fully developed, the two-data center campus will offer 48MW of critical IT capacity across 390,000 square feet (36,000 square meters).

This campus sits at the gateway between Western and Eastern Europe and is strategically located near Poland’s major airport, Warsaw-Chopin. Like all of Vantage’s campuses across North America and EMEA, it offers renewable energy options and features hyper-efficient cooling with outside air economization using minimal water. Customers can take advantage of electric vehicle charging stations, along with amenities such as customizable workspaces, secure storage and multiple meeting space options.

“I’m very happy that a campus with data centers has been built in the Bielany district. We need new technologies, and as a district office, we support this development,” said Grzegorz Pietruczuk, mayor of Bielany. “It’s also worth mentioning that Vantage Data Centers is open to cooperating with the local community and supports many initiatives of our office since the beginning of their presence in the district.”

“Launching new facilities in Berlin and Warsaw creates much needed outlets for pent-up demand from companies desiring a local presence in these regions. We are thrilled to welcome customers to our latest data centers and look forward to continuing to serve their needs wherever they may be,” said Antoine Boniface, president of EMEA at Vantage Data Centers. “Vantage now offers options in key markets for companies looking to expand their digital footprint across the entirety of Europe and beyond.”

The successful opening of the Berlin and Warsaw campuses marks the company’s latest milestones in EMEA. Having entered the continent as a new market in February 2020, the company has made significant investments to bolster its offerings and meet demands in new markets. In addition to Berlin and Warsaw, Vantage has operational campuses in Frankfurt, Zurich and Cardiff, and is currently building second campuses in Berlin and Frankfurt, as well as new campuses in Milan and Johannesburg. The company continues to secure strategic investments throughout the region to meet market demand and provide customers with state-of-the-art facilities designed with operational excellence and sustainability in mind. Vantage has committed to reaching net zero carbon by 2030.

Hyperscalers to lift data centre Capex to $377 billion in 2026

According to a recently published report from Dell’Oro Group, global data center capex is on track to reach $377 billion by 2026, with the hyperscale cloud service providers accounting for more than half the market total. We predict increasing the adoption of accelerated computing will generate market growth opportunities.

Creates the leading colocation and interconnection provider in Africa.

STACK grows its presence in Italy with the addition of a new 10MW facility and the acquisition of additional land for the expansion of its Milan campuses.

The looming threat of regulation

Change or be changed is the warning from the latest BCS data centre industry report.

Datum Datacentres, the business-critical data centre provider, will be transitioning from diesel to renewable HVO (hydrotreated vegetable oil) fuel for its backup generators at its flagship facility on the Cody Technology Park, Farnborough. Working in partnership with Keysource, the global datacentre and critical environment specialist, this move will enable Datum to reduce up to 90% of net CO2 emissions if its backup generators are used.