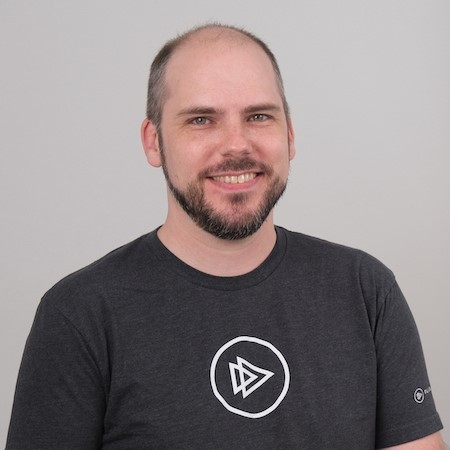 According to Pluralsight’s recent State of Cloud report, 75% of organisations are building new products and features in the cloud. However, while plans and visions are in place, there is a disconnect when it comes to executing on cloud migrations.

The common mistake that technology leaders often make when it comes to serverless and cloud computing is that they want to migrate their current environment exactly as it is to the cloud.

Taking this approach can limit the benefits that cloud computing can bring to an organisation – in the same way as planning a flight path along the road network and deciding the route based on street-level traffic. You can do it, but it isn’t going to bring about the full reward that a flight path could offer.

By sticking with the “lift and shift” mindset, software developers are prevented from seeing the real ROI that cloud computing and serverless technology can bring. To overcome this and maximise the potential of the cloud, it is vital to challenge these traditional ways of thinking.

Software is usually defined as anything that makes a piece of hardware perform a function. We use operating systems to control internal functions as well as peripherals, and application software enables teams to direct computers to execute certain commands.

As a result, we tend to think of software as programmatic, needing specialised and complicated programming languages to develop. But the most popular functional programming language isn’t Erlang or Haskell or Lisp; it’s Microsoft Excel, with over 750 million users.

Every Excel spreadsheet is the software that someone uses to make their hardware process data in a way that’s valuable to them. Likewise, the “systems” that we build on the Information Technology side are just more software. With cloud computing, we have access to a new range of powerful tools that help to build bigger systems faster and more easily than before.

Cloud computing largely focuses on data centers and data storage, and serverless computing is one piece of cloud computing. With serverless computing, developers can create software without having to manage infrastructure, which makes it easier for developers to release high quality software at pace, because they can focus on the most important thing - the end product. For example, they can spend more time analysing the market to make sure their product truly responds to consumers’ needs in the software industry.

Overall, cloud computing and serverless technology increase productivity, speed up product delivery, optimise resources, and keep developers focused on the end product rather than infrastructure maintenance. Once deployed, serverless apps can also respond to demand, scaling up or down as needed. So, when a serverless function sits idle, it costs nothing.

Using the cloud to increase ROI

There are many benefits of cloud computing and serverless frameworks. By far, the one that business leaders are most excited about is cost control and increased return on investment (ROI). But it’s also one that leaders most often miss.

The number one way to increase ROI with serverless frameworks and cloud computing is to avoid building anything from scratch, but invest in open-minded research instead. It’s inevitable that sometimes things will need to be built for the first time, but often there's a way to shift some of the burden away from the team.

An easy example is functions. The first thing most developers think of when they hear “serverless” is functions. But the functions running code are just a tiny piece of the puzzle. Serverless technology allows development teams to hand off as much work as they can to cloud platforms like Azure, Amazon Web Services (AWS), and Google Cloud Platform (GCP).

Developers no longer have to write their own code as the building blocks already exist in their cloud platform. Take, for example, Azure’s Durable Functions feature. This feature manages stateful workflows so teams don’t need to explicitly create, store, and retrieve the progress through the data’s workflow in some other place. This process is so common to the systems that teams build that the cloud providers made it available without needing developers to write lines of code.

The more a team can leverage already-made code, the more time they can recoup, and the more budget can be used elsewhere.

Organisations must move away from the “lift and shift” approach to cloud computing, and towards an approach where frameworks are leveraged and developers have more time and budget available to work on other projects. As a result, ROI on cloud computing will be increased, and teams will be better able to deliver on ambitious cloud computing plans

How to overcome the challenges of multi-cloud deployment

By David Guest, Solution Architect and Technology Evangelist at Kocho.

Is hybrid cloud right for your business?

By Andrew Oliver, Senior Director of Product Marketing at MariaDB.

Cost pressures shine a spotlight on IT managers and cloud expenditure

Green Cloud: one way your company can commit to sustainability

Gordon Cullum from Axiologik reveals how migrating to the Cloud can aid organisations in their efforts towards sustainability.

Sales of the Unexpected – the Role of Cloud-based Supply Chains