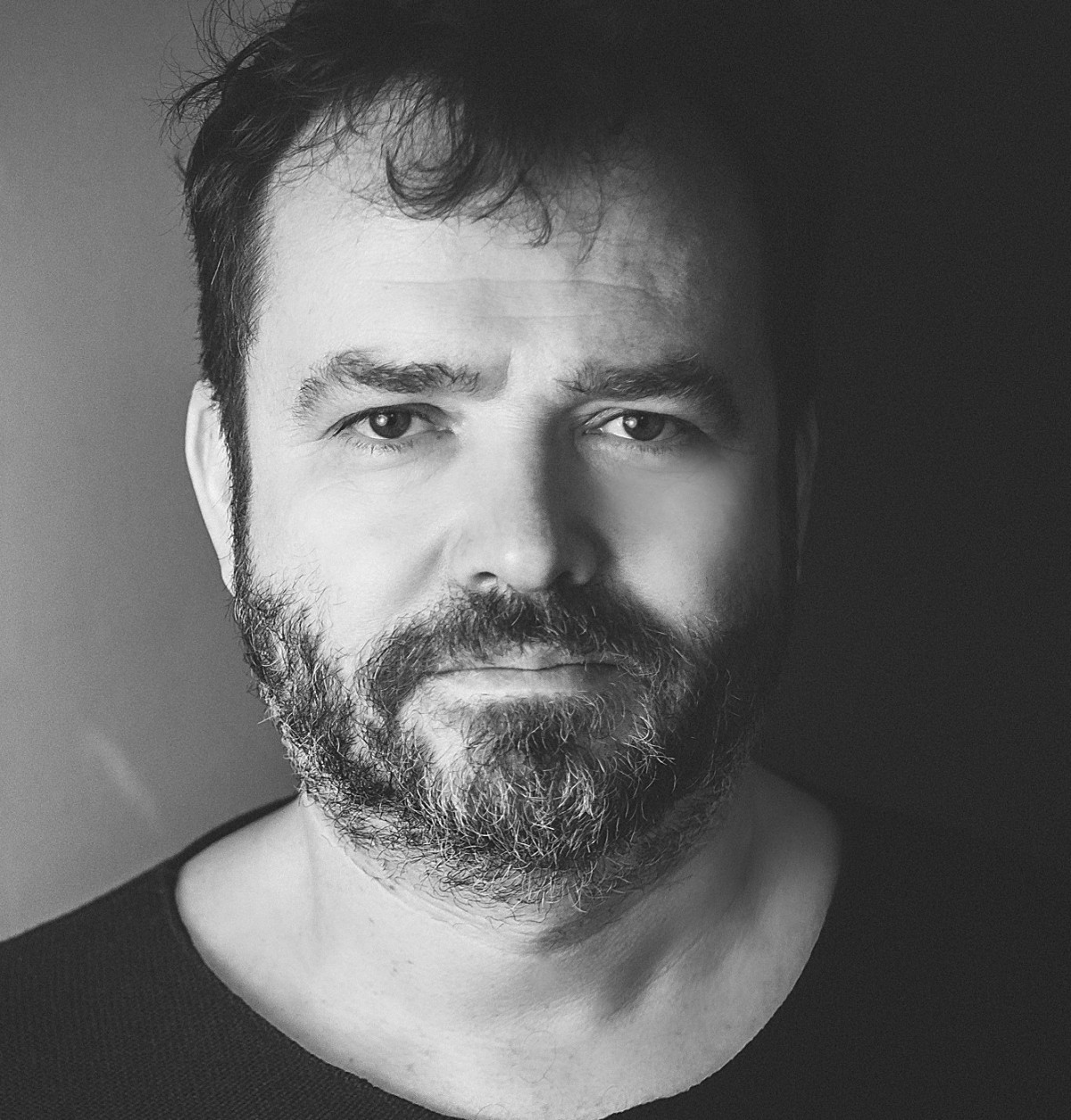 A few years ago, many analysts and industry spokespeople were predicting that by 2020, spinning disks as storage media would have entirely been replaced by solid state drives (SSDs). It is now perfectly clear that this simply did not happen. The overall amount of data being generated and subsequently stored has grown so dramatically, beyond all expectations, and consequently, hard disk drives (HDDs) still play a vital role in the global storage business. HDD customers can benefit from high total capacity plus attractive cost-per-capacity characteristics.

One reason for the enduring success of HDDs is the engineering innovations that have been achieved in recent times. Capacity HDDs with conventional air-filled technology reached their limit a few years ago at 10TB. Use of helium-sealed filling has allowed thinner configurations to be implemented, however, with more platters being accommodated and thereby allowing storage capacities to be raised to 14TB. Smarter read-heads enabled smaller magnetic bits and higher density levels, resulting in capacities of 16TB being possible in the common 3.5” form factor.

16TB is being considered as the current technology limit for perpendicular magnetic recording (PMR), which is sometimes also referred to as conventional magnetic recording (CMR). Bit densities supporting capacities greater than 16TB will call for much smaller write heads, but these cannot generate enough magnetic flux to flip the magnetic bits in the media. In order to address this, additional (non-magnetic) energy must be injected - a principle that is known as assisted magnetic recording. In 2021, Toshiba introduced its first generation of microwave assisted magnetic recording (MAMR) technology, where a microwave generating element is used to control and bundle the magnetic flux. This allows still smaller magnetic areas per bit resulting in higher densities to be realized - so that storage capacities of 18TB may be attained. Further generations of MAMR, combined with a larger magnetic surface and more platters will soon bring +20TB capacities to single HDD units.

Another way to pack more data on the same magnetic surface is to write the tracks ‘overlapping’, like shingles on a roof. Data can still be read, but for re-writing all overlapping tracks need to be read and re-written, leading to a kind of ‘uncertain’ write performance. HDD manufacturers have compensated for the performance degradation with smart caching/buffering architectures. Though having been questioned in the past, SMR technology is now fully accepted in client drives, since the benefit of up to double the capacity on the same physical resource is very compelling, and the smart cache/buffering architecture more than adequately compensates for the performance degradation for almost all real-life workloads.

1.Large Online Storage Implementations - Modern society is dependent on an ever-expanding cloud-based universe, comprised of mobile apps, streaming movie/music content, e-commerce platforms, social media activity, etc. All of the related information is stored in huge data center facilities, which rely on HDDs as their main storage base. Often, these HDDs are managed not by hardware controllers, but by a software-defined storage (SDS) approach. For large off-line archives, tape-based storage is still popular - and even for tape significant growth rates are currently being observed. During the last couple of years when it turned out that HDDs must remain the base for large active online storage reserves, vendors optimized their capacity HDDs (above 10TB) not only for ever higher capacity but also for higher speed. A large bunch of these HDDs, combined with an SSD cache can deliver the elevated performance and heightened total capacity at the economic cost that today’s data storage is requiring.

2.The Continued Life of External USB HDDs - Although some client applications like network video recorders (NVR) for surveillance applications and low-cost desktop PCs are still built on HDD storage, by 2022 SSDs will have replaced the traditional HDDs in almost all other client applications such as laptops, all-in-one PCs, compact PCs and gaming consoles. While, for example, the older generations of business laptops were usually equipped with 1TB of HDD storage capacity, this has not grown but rather decreased to 500GB of SSD storage in today’s devices, while the demand for overall capacity is actually in the 2~4TB range. So, client devices have an evident need for external storage expansion, and external USB attached HDDs in the 2TB to 4TB capacity range are becoming more popular than ever before.

3.Gaming - Previously, game consoles relied on 1TB of HDD storage capacity. The adoption of SSDs brought no capacity increase, with neither the Xbox Series X nor the PlayStation 5 offering 1TB (approx. 825GB), even though the memory requirements of games have grown enormously. Popular game titles can easily occupy 50GB or more. In order to free game console disk space and to cache memory-greedy games safely, external USB attached HDDs are now a common accessory. They score with larger capacities at lower prices in comparison to external SSDs. While an external SSD with 2TB currently costs over 200 euros, there are external USB HDDs with 4TB capacity available for well under 100 euros.

HDD manufacturers like Toshiba are supporting these trends by expanding the lineup of external USB HDDs beyond the standard generic USB storage products through recent launches of custom-enhanced storage devices for gaming.

4.Surveillance - Another important trend that needs to be mentioned is surveillance. Surveillance systems are no longer just used for safeguarding private houses or large companies’ premises. By interacting with AI technology, face recognition and smart monitoring, modern surveillance systems are able to retrieve valuable data for more complex tasks. Evaluation of such data can give shops insight into the purchasing behavior of their customers, traffic flows can be managed more effectively, municipal resources better allocated, etc. Still, the storage solutions supporting such systems must work with the highest degrees of reliability on a 24/7 basis. As this data will often come in waves, systems are certain to face significant peak workloads. Manufacturers like Toshiba have recognized the need to deliver tailored and reliable surveillance solutions for both smaller and bigger business operations.

5.Network Attached Storage (NAS) - It is not actually that new, but NAS certainly represents an ongoing trend to be aware of. NAS systems have turned out to be the ‘jack of all trades’, they can be used for smart home applications, as media servers for music/video content, for small business and home offices (something that has, of course, gained a lot more traction in the last 2 years). Still, it is important to look for the right setup here. For most home users, systems with 2 bays are going to be sufficient, as they can already provide several TB of storage space and offer protection against hard drive failure. Sold as empty enclosures, the user will have to equip most NAS systems with hard drives. In principle, the devices work with almost all SATA drives, but users should definitely select a NAS optimized solution, such as the N300 from Toshiba. To prevent data loss, it is advised to set up the HDDs in a 2-bay NAS as RAID 1. This means that the system will then save all data mirrored on both drives, enabling redundancy to be benefitted from. Regular data backup should not really be considered as a particular trend, it is an absolute necessity.

No Crack-Up - Just Back Up

Flexible external storage solutions play an important role in backup storage throughout the consumer sector. Storing such data externally frees up space on mobile devices and PCs, thereby helping to extend their performance. Whether it is for backing up home office projects or for photo archives, external storage solutions like Toshiba’s Canvio Flex provide a wide array of connectivity options via which safely stored data can quickly be retrieved.

Even the hyped cryptocurrency applications based on proof-of-capacity confirmed the ‘tiering’ concept of optimized storage for each application. Generating (or plotting) is usually done via (small) fast SSD storage resources, while the generated patterns are stored on in-expensive 2nd tier HDD based storage. Similar concepts are used in media applications (with rendering and post-processing on SSDs and mass storage on HDDs), scientific/IT (with raw data and result archiving on HDDs and analysis on RAM or SSDs).

HDD vs SSD - No Changes

In summary, HDD and SSD will continue to co-exist in one another, and discussions about whether SSD will ever fully replace HDD have now ended. The world’s ever-expanding need for greater online storage capacity at a low cost can only be feasibly addressed by HDDs, so their future is assured for many more years to come. In 2020, the entire storage component industry manufactured approximately 1200EB (that is 1,200,000TB) of total capacity. Only about 200EB of this was based on SSD technology, with the 1000EB majority being provided through HDDs. That equates to a ratio of 5:1. The cost-per-capacity associated with SSDs continues to drop, but this is also true for HDD costs too - due to the engineering advances mentioned previously. The 5:1 ratio is expected to drop to around 4:1 in terms of total capacity split between HDD and SSD, but as the total storage capacity continues to grow almost exponentially there will be greater demand for both technologies. As the expression says, “the rising tide lifts all boats.”

What’s best for enterprise storage customers when times are tough?

Storage is one of the areas where an IT department can deliver very substantial cost savings, without sacrificing availability, reliability, performance, or cyber resilience. By Richard Bradbury – SVP EMEA & APJ at Infinidat.

Something to be excited about

Why object storage stands out in the data age

By Eric Herzog, CMO at Infinidat.

Tapping into the benefits of a serverless-first mindset

The future of genome sequencing is object storage